I was sixteen years old and stuck in a small Australian town, waiting for my life to start. No one I knew had the same interests as me and I felt very lonely and misunderstood.

Then one day as I was browsing through a magazine, I saw a call-out for pen pals. It was a British magazine and as a lifelong Anglophile, I sent off immediately, listing my interests, which at the time were mainly The Beatles, Oasis and the football team, Manchester United. I posted it off and waited.

More than a month later, I received a bulky envelope with a UK post mark and when I tipped the contents out, the space on the floor was covered with envelopes. People from all over the British Isles and some as far away as Norway wanted to be friends with me.
I stared at those brightly colored envelopes that had been sent from so far away and my love affair with the pen pal began.

In those days before the internet became ubiquitous, and I didn’t have the money to travel, Australia seemed cut-off from the rest of the world, and as a bored teenager, I definitely felt it. I longed to be where it was all happening: glamorous New York or London, where the “Cool Britannia” scene was transforming the stereotype of the staid and stuffy Brit. 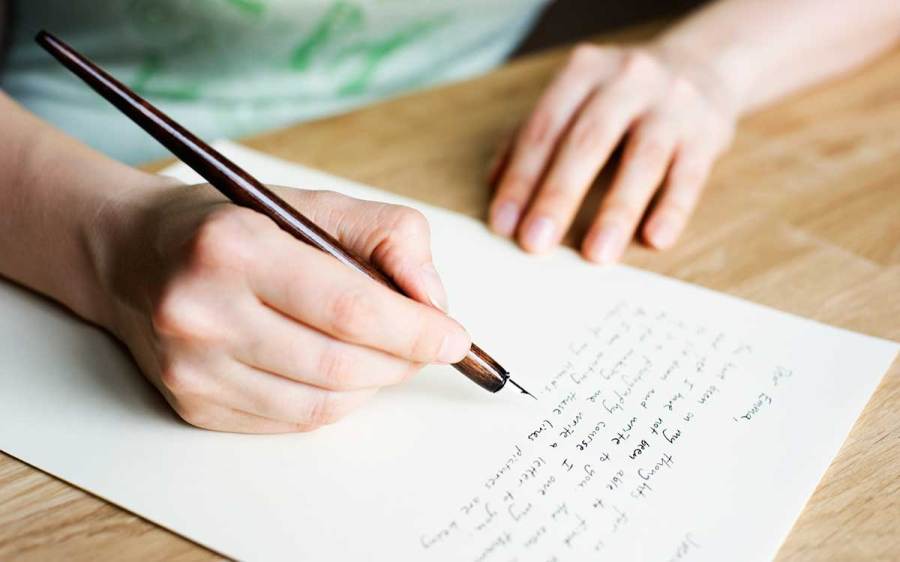 Making friends from other parts of the world helped me feel connected, as though I belonged, which was no small thing for a pale, bookish introvert in a town of tanned surfers.

And yet my time as an international pen pal was brief. After a while, the letters stopped coming. The internet became more accessible and we all got email addresses instead.

As I look back on that time, it is obvious that the late 1990s were the beginning of the end for handwritten letters. Email and later social media would make communicating with people on the other side of the world much more instantaneous. Even now, there is still a part of me that finds it amazing that I can comment on someone’s Instagram feed and regardless of where they are in the world, they can respond within minutes.
With so much technology now at our fingertips, it is easy to take it for granted. And for those of us who are old enough, it is becoming harder to remember a time when keeping in touch with friends and family on the other side of the world could sometimes take weeks or months. Long-distance phone calls were expensive and it wasn’t always guaranteed the person would be in when you called.

Despite the inconvenience of waiting to receive a personal letter, there was a certain romance about it that has all but disappeared from our lives now. The anticipation of waiting for a reply, the thrill of seeing the familiar handwriting as you took the envelope from the letter box, the personal touch conveyed within the letter and the time and thought it had taken for someone to put their words down on paper all made receiving a letter special.

The idea of letter writing may seem quaint to most Millennials who grew up using social media, but as perhaps the last generation for whom writing (and receiving) personal letters or using a rotary dial telephone was commonplace, I’m glad to have grown up during a time when staying in touch was more personalized, less time-consuming and, let’s face it, more meaningful than the constant and varied options we are bombarded with today.

Diana Lyndhurst is a freelance writer and vintage blogger based in Melbourne, Australia. An old-fashioned girl in a 21st Century world, she frequently escapes into the past by watching old movies, reading historical fiction and bingeing on costume dramas, especially Downton Abbey. You can read more of her work at 20thcenturyinspo.com or follow her on Instagram @20thcenturyinspo_

One thought on “The Lost Romance of the Pen Pal”